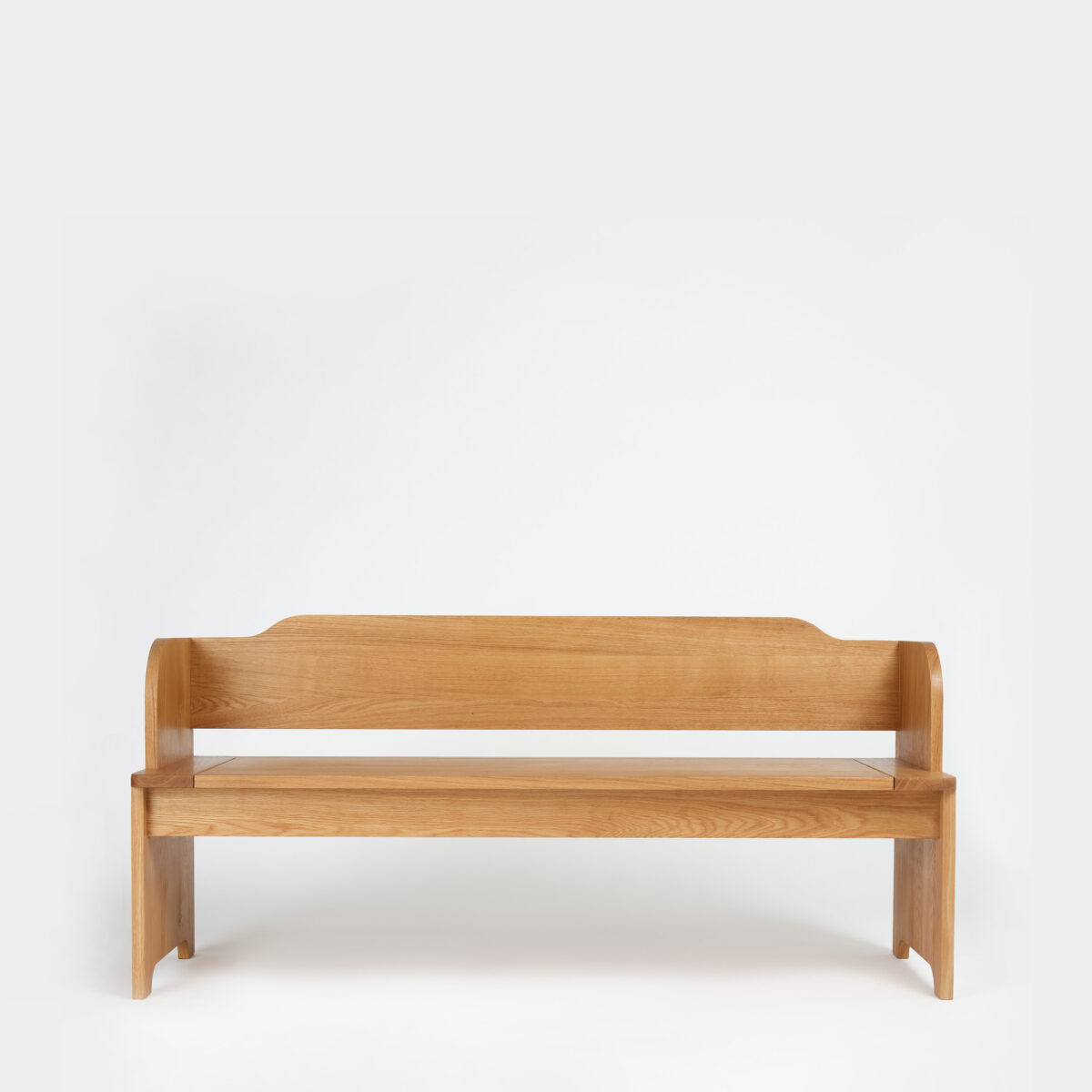 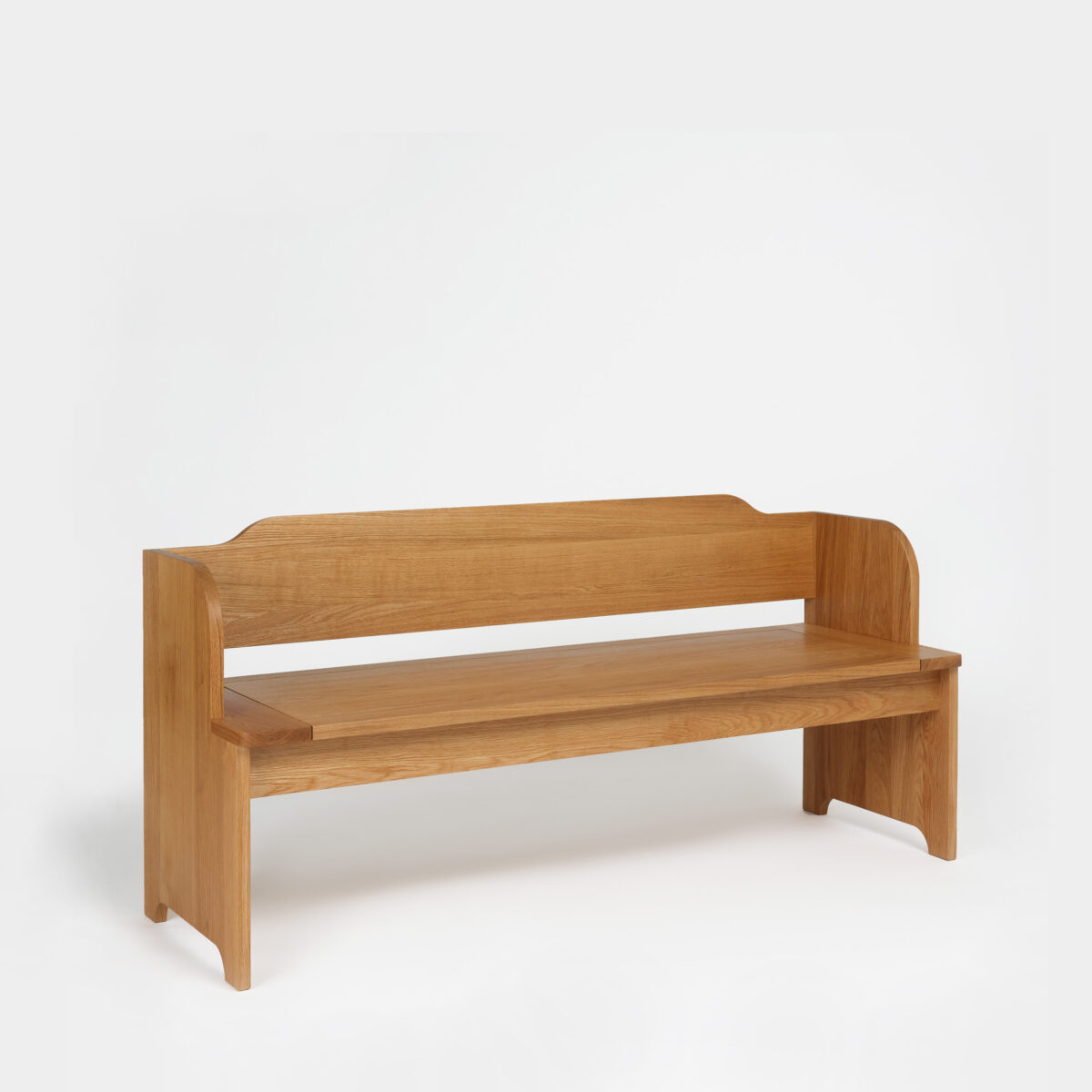 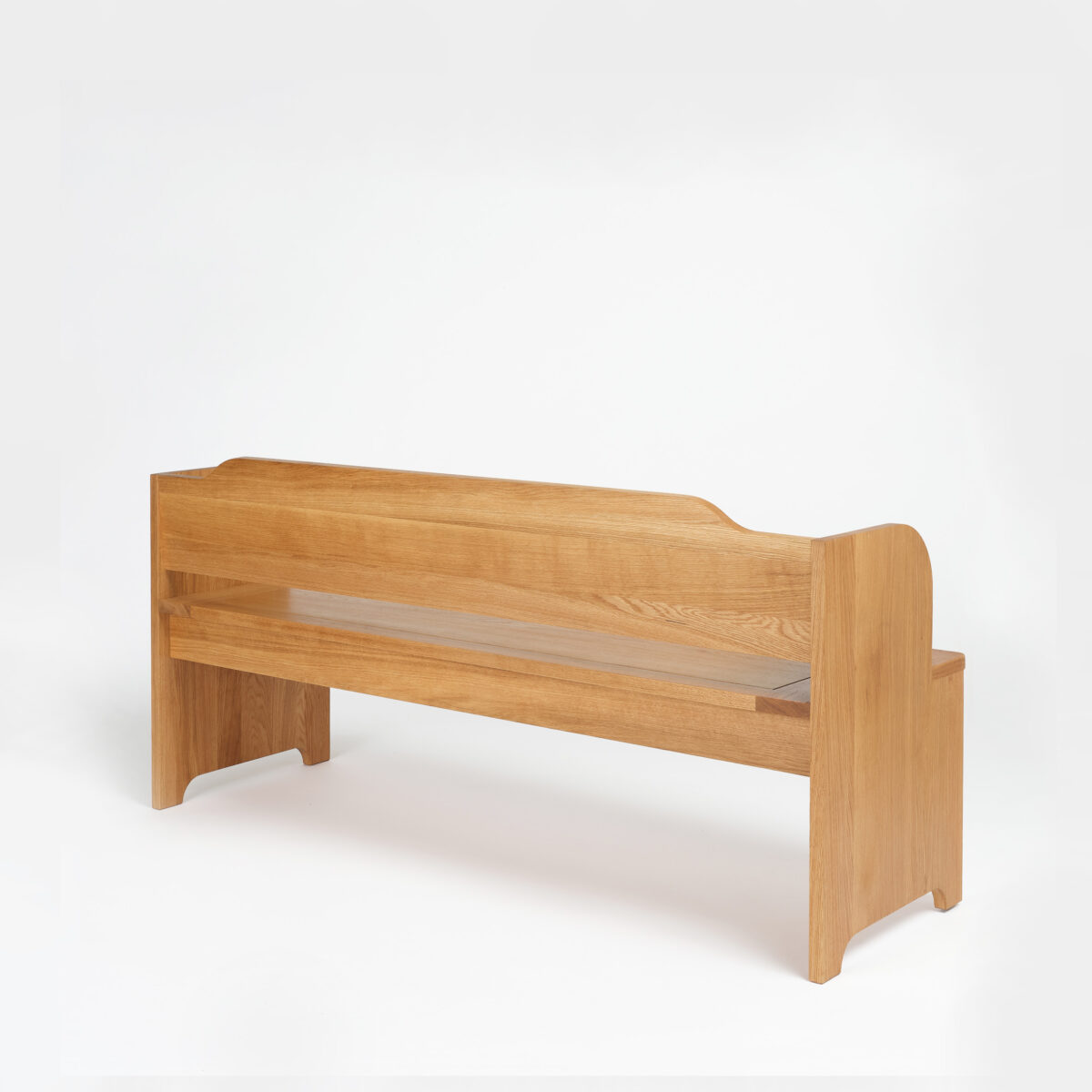 ($2,882)
A beautiful bench that is a contemporary take of a vernacular design dating back to the 10th century

Our Modern Farmhouse Settle is a contemporary take on an old vernacular design, complete with storage under the seat, and draws inspiration from the architecture and landscape of Dorset. Put it to work as a seating bench in the dining room or use it as a hallway or mud room seat.

A settle is traditionally described as a long wooden bench with backrest and arms originating in Europe in the 10th century. It was apparently derived from the chest, a resemblance often retained, with additional elements based on the monastic choir stall. The height of the backrest varied considerably and sometimes extended down to the floor.

By the 15th century they had become standard articles of furniture in inns and taverns, whilst by the end of the 17th century domestic versions had nailed-on leather upholstery and for greater comfort the backrest was inclined, just like ours. It survived mainly in rural areas throughout the 18th and 19th centuries, before becoming popular again with the historicizing movements in design during the early part of the 20th century, especially in the United States.

Made of solid oak and designed by Fred Rigby for Another Country.

You will always find a broad selection of our furniture designs on display alongside a curated edit of home accessories. Our Showroom is currently closed but you can book a virtual visit over Zoom or FaceTime.