The Making of Fold Chair - Another Country

Summer Sale Now On | 15% Off Furniture 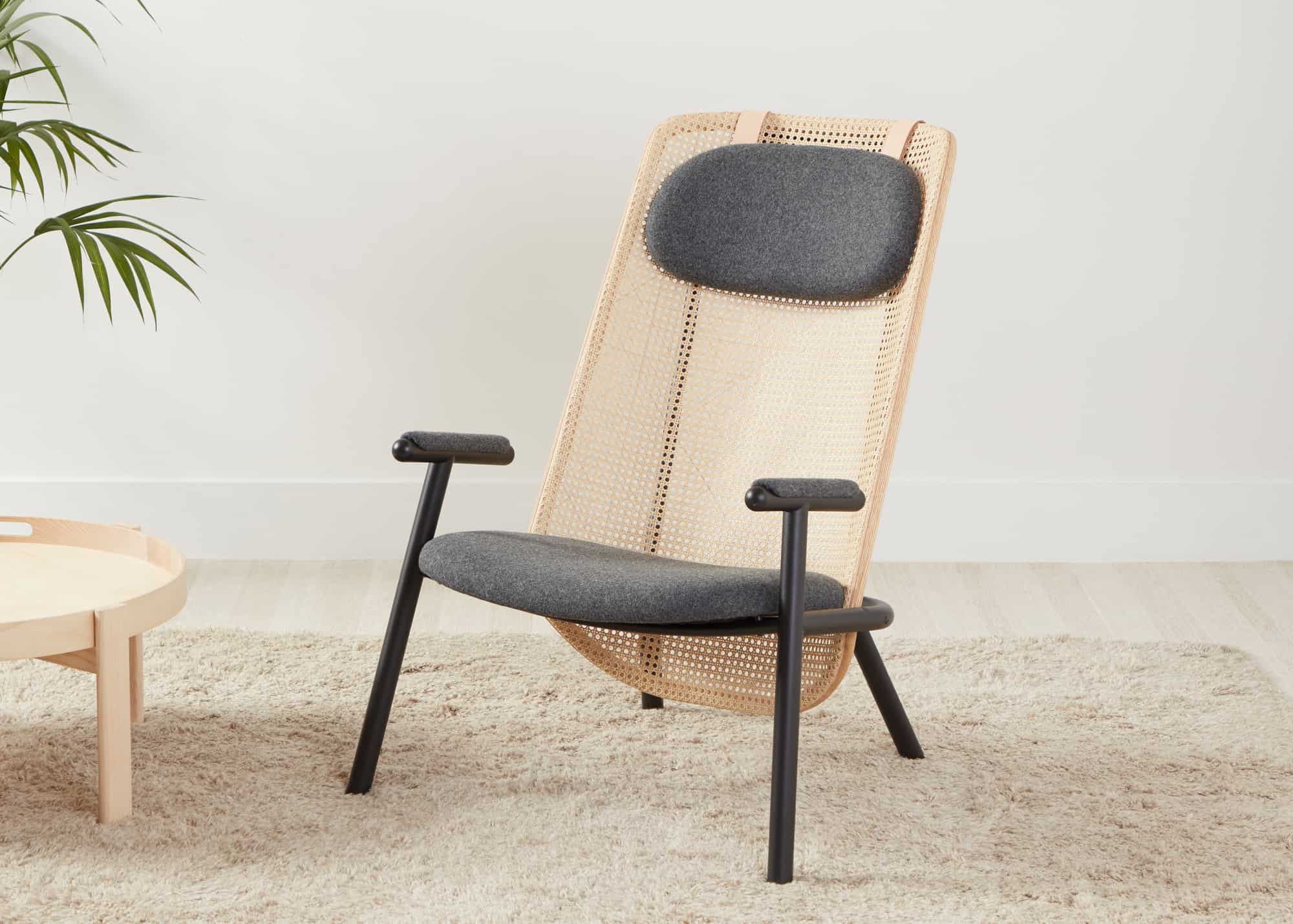 This month we are proud to present a number of new products that are designed and made with the (environmentally) clean and healthy home in mind. We thought you might like to read a bit more about the creative processes behind each piece. All of them are deceptively simple, concealing technical innovations, but then we think that’s what great design is often like.

We worked with award-winning French designer Alain Gilles to make Fold chair and armchair. Based on the idea of folding paper and crafted to look just as beautiful from the back as from the front, the stackable chair’s seat body and backrest are made from woven cane supported on a metal frame made by Sam Fish of Fish Fabrications. Fold can also be fully upholstered, or have its seat or backrest upholstered. It’s a piece of many dimensions, all of which were overseen by our creative director, Catherine Aitken.

We asked Alain to talk us through his vision for Fold and we also spoke to Sam to explain more about his part in the process too.

Alain’s work background includes a degree in Political Sciences and Marketing, which led to his first career in finance. He followed his heart into industrial design and set up his own design studio in 2007. His first approach to designing Fold chair was about playing with cane in a modern way. “I wanted the backrest and seat to be two separate elements that would appear to be somewhat floating in the air,” he says, “and look as though they were made out of bent sheets of paper held between two hands. Cane happens to be made in sheets before being applied to a wooden structure, so the logic fitted very well with it.”

The metal was then created as a skeleton frame and this is where Sam’s skills came in. The son of a mechanic, Sam grew up with lots of tools and metal around and learnt how to weld when he was around eight years old. “I have a distinct memory of my Dad showing me that I could put my hand into the sparks coming from an angle grinder without it hurting. There wasn’t ever any woodwork around and I’ve decided to keep away since – there are already plenty of incredible carpenters and joiners about. I like the sturdiness, longevity and strength of metal,” he says. The Fold chair, he notes, “appears so simple, but it’s actually very complicated to fabricate and jig. A lot of the tubes are at compound angles to each other and needed to be neatly and accurately notched together. Far more complicated than a bicycle frame, which is essentially just a few triangles.”

Alain echoes this sentiment of hidden complications pointing out that if the Fold chair had been a car, it would have been an innovative concept car. “We have played with the limits of some techniques and materials and defined quite an elaborate architecture,” he says. “In general in my designs, I work on what I have come to call “simplexity “ or “new simplicity”. By the former, I mean that the design is more complex than it may first appear. By the latter, I mean a design that is more minimal and simple, but still has a strong and recognisable personality. The Fold chair has a bit of both logics. I also like my designs to have a balance of masculinity and femininity within them and to always have a certain warmth and humanity.”

As a brand, we are mindful that our aesthetic suits different environments – from the chic urban apartment to the remote country home. The common thread to all tends to be about thoughtful design and longevity. Does Alain ever imagine a particular environment when he’s designing a piece of furniture? “In general, I don’t design while thinking of a specific interior. On the contrary, I try to make sure that thanks to the use of different finishes and colours my piece will have enough flexibility to be used in different types of settings. That different people will be able to relate to the piece and that the design will hopefully have the capacity to age well.” He couldn’t have summed up our thoughts better.