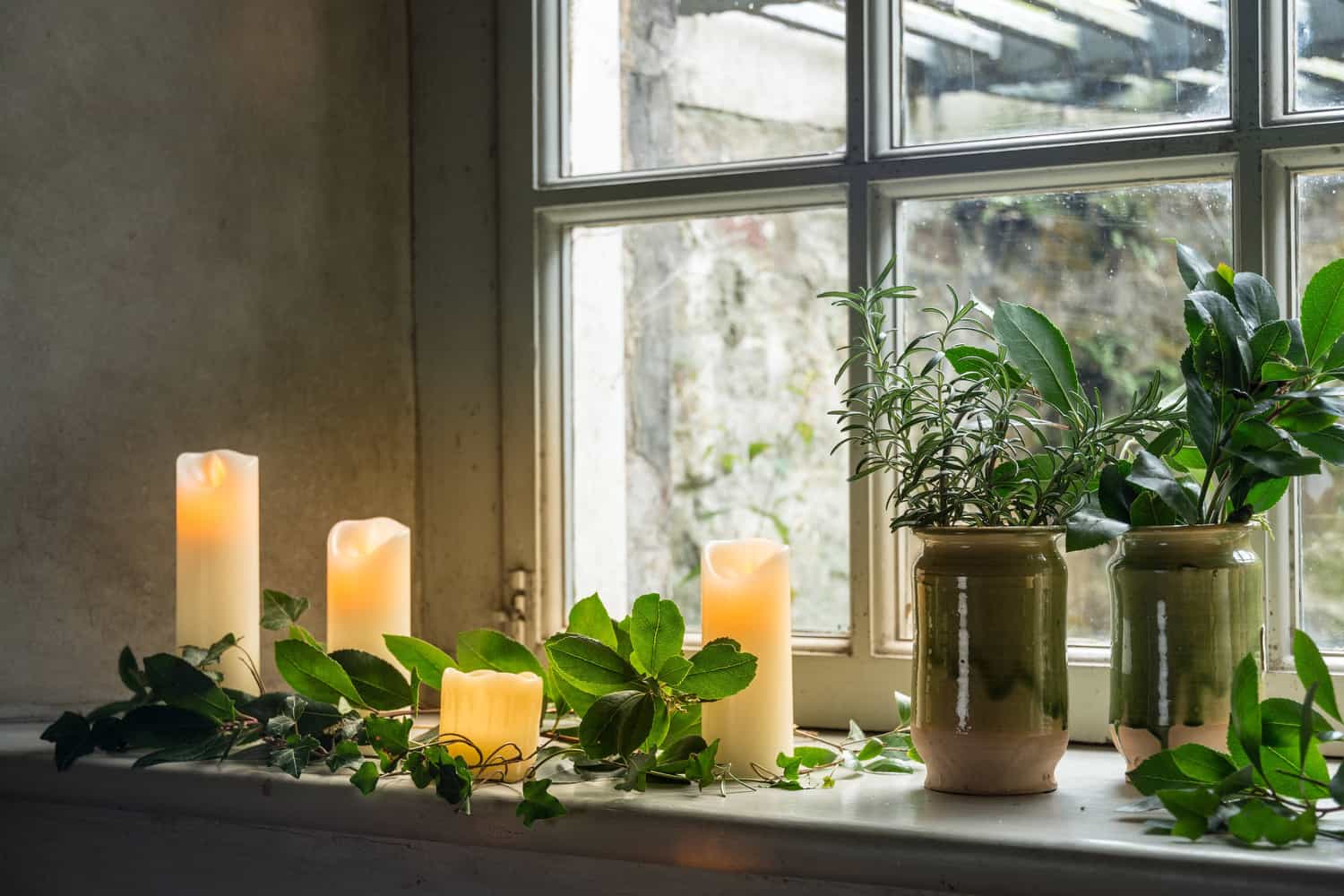 The festive season can feel a bit like a marathon of parties, so when it comes to hosting at home, try directing your efforts towards creating a cocooning atmosphere to promote some recovery time too. One easy way to do this is using plenty of candle light. Before we get into the benefits of using environmentally sound candles, such as the Beeswax ones we sell which are made from natural materials instead of paraffin, we’ve been looking at our favourite historical homes in London which, come December, transform under a warm candle-lit haze, ready to host their Christmas tours. One such house is 18 Folgate Street – or Dennis Severs House – a Georgian townhouse in the heart of Spitalfields, once home to one of the area’s wealthy Huguenot silk weavers.

The building was bought by American Dennis Severs in 1979 and he lovingly restored it to look as it would have when it was built in 1724. Severs’ vision for Folgate was unlike that of most other keepers of historical homes, however. He chose to decorate the rooms not with painstaking attention to historical accuracy, but instead to evoke an atmosphere and sense of story that he felt would fit. Different decorating periods are nodded to throughout the building, from the grand rooms of the imaginary owners on the lower floors, to the drab servant quarters tucked away in the noticeably chilly attic rooms. Since Severs’ death, the home has been owned by The Spitalfields Trust and managed by David Milne, a passionate successor who continues Severs’ legacy. At Christmas time, the whole place is decorated for Christmas, lit by candle and scented with cinnamon, woodsmoke and clove. When David answers the door, tours are taken in complete silence so that all of the senses are heightened as you wonder from dark hallway down to basement kitchen, then wind up through the remaining softly-lit rooms.

Our beeswax candles are perfect for dotting around your home to create a similar atmosphere. Even better, they are also free from paraffin wax, which is a petroleum by-product of crude oil. When paraffin wax candles are burned in large groups they emit particulate pollution, which is a major ingredient in air pollution – not ideal if you are trying to create a clean home.

For an inviting party atmosphere try tall beeswax candles grouped in candle holders or in our individual candle sticks – on mantelpieces, across your dinner table and clustered into corners of dark rooms. For the Dennis Severs experience use natural wreaths in between them, filled with oranges, cloves and cinnamon. Finally, if you have a fire, then add pine cones, cinnamon sticks, orange or lemon peel, oven-dried apple and orange slices, and cedar wood so that your home fills with an evocative scent that guests won’t forget.

The grand 17th Century building that is Ham House in Richmond, which is owned by the National Trust and rumoured to be one of the most haunted homes in Britain, is another to embrace Christmas decorating rituals. It’s renowned for its collection of paintings, furniture and textiles and the formal rooms are of course a vision all year round. At Christmas, realistic looking faux candles are employed all over the building – because of this notable collection. We particularly love the utilitarian scenes below stairs where scores of candles are simply grouped with sprigs of holly and rosemary scattered in between. A steal-able idea, and one you can gather things for easily when you’re on your next Sunday walk.

Our Candles and Candle Holders

Our solid ash candle holders are handmade in our Dorset workshop and our hand-dipped Beeswax candles are made in Cumbria.